Weekend of movies related to Mexico. 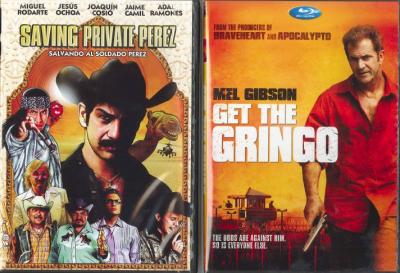 ¨Juan Perez, Mexico´s most powerful crime lord, must embark on a mission given to him by the only authority he respects... his mother. Joined by a colorful band of unlikely heroes, Julian must risk his life to fulfill his mother´s wish and rescue his enlisted brother from war-torn Iraq.¨

¨Academic Award Winner Mel Gibson steals the shown and anything else he can get his hands on, in this explosive, nonstop thrill ride packed with equal parts action and attitude! A career criminal (Gibson) pulls off the heist of a lifetime, but his getaway plans go south of the border when a high-speed car chase lands him in a hard-core Mexican prison community known as ¨El Pueblito¨. Now, in order to survive, he´ll have to fend off corrupt cops, take down ruthless druglords... and team up with a streetwise ten-year-old who has a few secrets of his own!¨