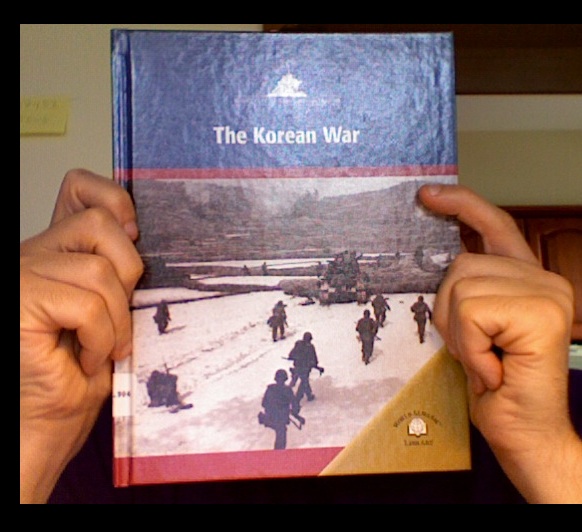 I didn´t know much about North Korea before, but reading this book gave me a clear view of what happened in between the north and the south.

Korea was under Japanese control since 1910. When it surrender in August 1945, U.S. troops landed in southern Korea, and Soviet troops did the same in the northern part. Both countries with totally different ideas. They wanted a united Korea, but the gringos wanted a capitalist society, while our red friends wanted a communist state. Obviously they classed.

North Korea and South Korea formed their own governments in 1948, but neither side was willing to accept that the whole Korea was no longer one nation. Fighting between the north and south only intensified after U.S. and Soviet troops left the region in 1949.

On June 25 1950 thousands of North Korean soldiers invaded South Korea, to reunite the country under communist rule. Three days later they took Seoul and continued to move south. Soon the U.S. got involved, and they were able to fight the invasion, not only sending the North Koreans back, but also invading their own territory. On October 19 the allies took Pyongyang, and continued north, close to the border with China. That is when the Chinese army entered the war, on the side of North Korea. And they retook Seoul, in 1951. Again the allied forces recapture Seoul, and pushed the communist troops back to the thirty-eight parallel.

The war finish in 1953, being one of the bloodiest ones.

I found this book very interesting, because it was like reading a novel. A fiction novel, as you start learning about the characters, the armies, how they attack and repel they attacks, etc. It is a history book, but I had the feeling of reading a novel, because anxiously I was waiting to see ¨What is next!¨.

Sad history, by the way. Could have that happened in Spain. Could we have had, after the civil war, a ¨España del Norte¨ and ¨España del Sur¨, one being socialist and the other capitalist? Difficult in Western Europe, but it is interesting to think about it.