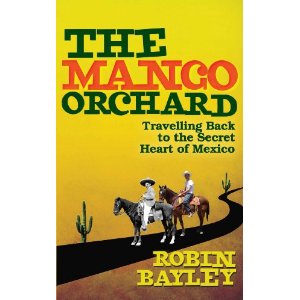 Last September I started to investigate about the years that my great grandfather spent in Mexico. Thanks to some contacts that I made on the other side of the Atlantic Ocean I was able to discover a lot of interesting things. Among others this book, an amazing story that shares some details with my own.

Robin Bayley´s great granfather also immigrated to Mexico, in 1898. He travelled by boat to New York, by train to New Orleans –through Jacksonville-, then to Cuba, and finally he arrived to Veracruz (Mexico) where he continued by land to the state of Nayarit. There he worked for Casa Aguirre, at Bellavista.

My great granfather immigrated straight to Mexico around 1905. He also worked for Casa Aguirre in Nayarit, but in another workplace called ¨Hacienda de La Escondida¨.

I have done all my research through the Internet, but Mr. Bayley did it in the right way: travelling, following the steps of this great grandfather. He flew to NYC, then flew to Guatemala to improve his Spanish, then to Colombia and Venezuela in South America, and finally to Mexico to trace the footprints of Mr. Arturo Greenhalgh, his great grandfather.

This book tells the adventures that he experienced in his travel, and the amazing discovery that he found out. I will not tell you what it is, but I can tell you that it is worthy to read the book to find out.